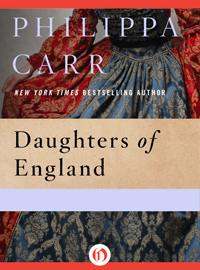 “Copyright 1995 by Mark Hamilton as Literary Executor for the Estate of the late E. A. B. Hibbert”

This 13 chapter, 308 page book is the final book produced under the pseudonym Philippa Carr and one of three posthumously published, the others being The Rose Without a Thorn (changed from Kisses of Death) by Jean Plaidy, 1993 and The Black Opal by Victoria Holt, 1993. I have read Plaidy’s novel on Katherine Howard and believe it to be entirely written by the author. Daughters of England, on the other hand, has given me some doubts.