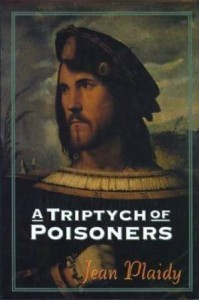 A Triptych of Poisoners by Jean Plaidy

What makes men and women commit murder? Is it environment and upbringing? Or is it some characteristic unaffected by surroundings and contacts?

In this triptych, the author has sought to answer these questions by an analysis of the lives of three notorious poisoners, each guilty of more than one murder, and living in different periods of time.

First is Cesare Borgia, most notorious of all poisoners, who among his many crimes was suspected of the murder of his brother, and was the self-confessed murderer of his brother-in-law. Sadistic and sinister, even for fifteenth-century Italy, his brief life was one of the most evil ever lived. Was he to blame for his sins? Or does the blame lie with an indulgent parent and a barbaric age?

Second is Marie d’Aubray, Marquise de Brinvilliers—beautiful, reckless poisoner of seventeenth-century Paris. Marie and her lover Sainte-Croix sought to discover the lost secrets of the Borgias, that she might remove those who stood between her and her family fortune. Visiting the Paris hospital as a Sister of Mercy, experimentally trying out her concoctions on the patients, Marie was indifferent to the sufferings of others. Who was to blame?

Last comes Edward Pritchard, the Glasgow doctor. Living mid-way through the Victorian era, the doctor was as knowledgeable in the art of poisoning as his predecessors and had no compunction in, removing any who stood in his way.

In these studies Jean Plaidy discloses the similarity in all three and asks: Whose is the guilt?

“Miss Jean Plaidy, one of the best-known historical novelists writing today, strikes something of a new and absorbing line. With an examining mind and a wealth of research, she is seeking to find out what makes men and women commit murder. So she turns to the lives of three notorious poisoners, each guilty of more than one murder. Cesare Borgia, of fifteenth-century Rome; Marie d’Aubray, of seventeenth-century Paris; and Edward Pritchard, of Glasgow, midway through the Victorian era. Were they to blame for their crimes? This is an arresting book, thoughtfully presented.” – East Anglian Times

“Jean Plaidy has another winner in A Triptych of Poisoners, which analyses at some length the lives of three of the world’s most notorious poisoners. She presents the facts and offers her conclusions as to why men and women commit murder. Her conclusion? Egoism—fantastic, monstrous, unrestrained egoism. Colourfully written and showing that Jean Plaidy has studied the history of her subjects deeply.” – Edinburgh Evening News

“Jean Plaidy is an engaging writer, distressing though her sub ject may be, and her triptych is a first-rate piece of word painting.” – The Sphere

“The hard facts of history are interspersed with rollicking evil. For Dr. Pritchard, Jean Plaidy has given us a Hogarthian print, for the Marquise, an elegant clearly written study, and for Cesare Borgia, a magnificent riot of colorful wickedness, exhausting to read, highly entertaining.” – Books and Bookmen

For F. J. Olive, at whose suggestion this book has been written.

History of the Italian Republics in the Middle Ages
J. C. L. Sismondi, Recast and Supplemented in the light of Historical Research by William Boulting

Lucrezia Borgia: A Chapter from the Morals of the Italian Renaissance
Ferdinand Gregorovius

The Life and Times of Lucrezia Borgia
Maria Bellonci, Translated by Bernard Hall

The Marriage at Ferrara
Simon Harcourt-Smith

The History of France
M. Guizot, Translated by Robert Black

The Marchioness of Brinvilliers
Albert Smith

The Book of Poisons
Gustav Schenk, Translated by Michael Bullock

1. Cesare Borgia, Duke of Valentino, by Raphael
2. Cesare Borgia by Bartolomeo Veneto
3. Lucrezia Borgia as S. Catherine by Pinturicchio, Borgian Apartments, Vatican
4. Giovanni (Juan) Borgia, Duke of Gandia, by Pinturicchio, Borgian Apartments, Vatican
5. Madame de Brinvilliers on her way to Execution, after the drawing by Charles Lebrun in the Louvre
6. Antoine Dreux d’Aubray. After the engraving by R. Nanteuil
7. Dr. Edward William Pritchard, 1825-1865
8. Mrs. Edward Pritchard murdered by her husband in 1865
9. Mrs. Taylor
10. Dr. Pritchard with his wife, his mother-in-law and his five children 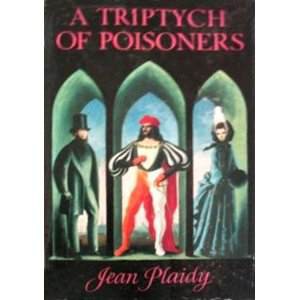 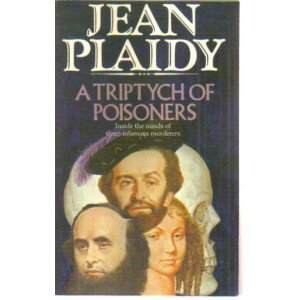