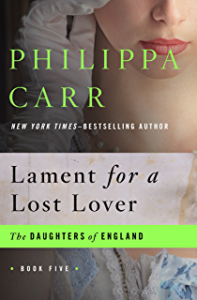 Seventeen-year-old Arabella Tolworthy had spent the past decade with her family exiled in France during the Commonwealth of England. Staunch supporters of the monarchy, they were waiting for Charles II to reclaim the throne so that they themselves could be reunited with their own estates. While her parents were following the exiled king through the continent, Arabella was head of the slightly shabby and mundane household containing her four younger siblings and their servants.

One day a troupe of stage players arrives begging a meal and a night’s rest in exchange for a lively play. Arabella meets Harriet Main, a striking young woman with a magnetic personality. Everyone is enchanted with Harriet, and Arabella begins a friendship that both gives her immense pleasure and burdens her sense of decorum. Harriet may provide excitement, but she’s also quite obviously lax in morals and ill-bred. However, she pretends well enough to keep company with higher circles. Arabella is not fooled by the subterfuge but does not see how keeping Harriet close could really impact her life and relationships—ultimately sparking a series of events that changes Arabella’s future forever.

Set during the dangerous intrigue, political unrest, and religious persecution of the English Civil War, Lament for a Lost Lover is an exciting and highly readable story. Although nestled in a 20-book series, it can be read perfectly well as a stand-alone. This reader, however, is going back to Book 1, The Miracle at St. Bruno’s, and starting from the beginning—set during the reign of Henry VIII.