Thanks to a good friend of mine who lives in Australia, I now have scans of The Brides of Lanlory, a copy of which is housed in a library in Melbourne. This includes the cover, jacket description, title page, copyright/dedication page, first three pages, last three pages, and the back flap of the jacket (which advertises two of the author’s other books under different pen names).

You may notice, if you’re a Holt reader, many of the character names were repurposed in subsequent books. Also, the twins theme was used in The Bride of Pendorric.

Kerensa: The Legend of the Seventh Virgin (1965)
Lowenna/Lowella: The Bride of Pendorric (1963)
TreMellyn/Trelandy: Mistress of Mellyn (1960)

Kerensa and Lowenna were identical twins and there was between them an uncanny bond which Kerensa believed even death could not sever. When Lowenna married, inherited a fortune and died suddenly, Kerensa began to wonder whether she had been murdered.

Strange things began to happen in the Cornish village where Kerensa lived and it seemed that she and her family, who had inherited Lowenna’s fortune, might themselves be in danger.

To a nearby house, reputed to be cursed, and shunned by the local inhabitants, came the bold Roderick Rainer and his mysterious sister, who had more than an ordinary interest in the family. There was also another stranger in the neighbourhood, the dashing Andrew Grier, who alternately fascinated Kerensa and roused her alarmed suspicions.

This story of the affinity between twins–one murdered, the other determined to discover her murderer–is played out to mounting tension against the rugged beauty of the Cornish coast. 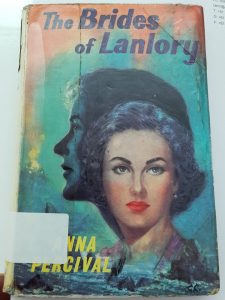 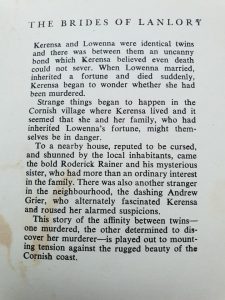 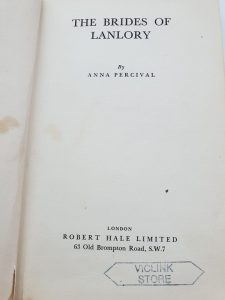 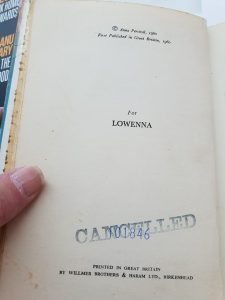 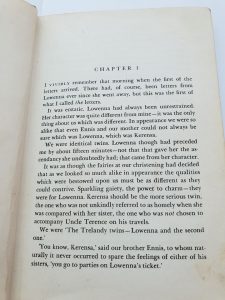 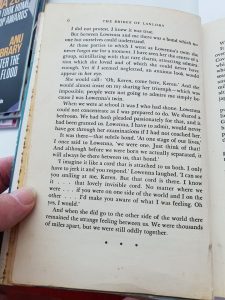 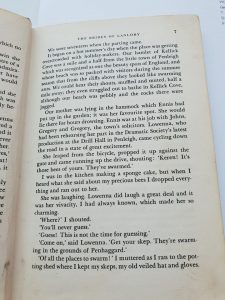 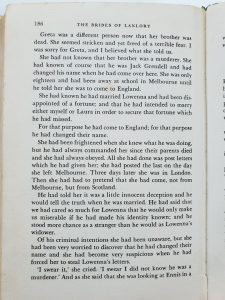 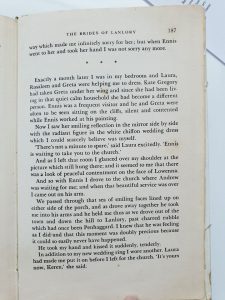 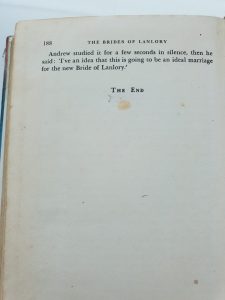 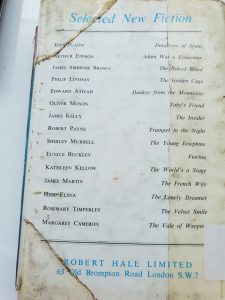